Is our goal for continuous improvement actually stifling it? As school leaders we should drive our schools forwards by looking to the world of business and project management practices in the 21st century for inspiration.

It is difficult to argue against continuous improvement in our schools, after all we all want to be better than we are and recognise that in a changing world we have to be consistently moving forwards. However, the process of continuous improvement may well be flawed due to the way we organise our schools, based too much on an outdated view of education that does not sit easily within 21st century practices.

Sir Ken Robinson’s ‘Changing Paradigms’ (2010) has long been popular viewing for educators. His comments regarding school organisation struck a chord with me, having taken up a Head of School role at an International School two years previously. Free of government intervention, I found myself with both the capacity and responsibility of making real decisions about education and the impact those decisions had on students, staff and the wider community. While the term “21st Century Learning” has somewhat been driven towards references to the use of technology in our classrooms, Robinson refers to the changes in the modern working world prompting me to consider how a school should operate to meet these new demands.

“How do we educate our children to take their place in the economies of the 21st century?” (Robinson, 2010)

He goes on to outline the problems of government education systems, decrying them as “designed and conceived for a different age…in the economic circumstances of the Industrial Revolution” and “pretty much organised on factory lines”. Whilst a great number of us have watched and probably agreed with his criticism, with millions of views on both TED and YouTube, the question has to be asked, as school leaders what can we do to address this?

In a talk to Dulwich Heads of DUCKS, Junior and Senior schools, I described the circumstances I have witnessed as part of curriculum review in International Schools. I described the status of teaching and learning as resembling an atom. The original planned curriculum was the nucleus with an increasing number of electrons beginning to circulate. Not willing to leave out any of the original plans, as new ideas, concepts, skills and knowledge became both available and desirable, they were added to the curriculum with a crippling effect. The more that was added without any deletion, the less time to engage at depth became available. As teachers became too busy trying to deliver an overcrowded curriculum, the focus on any skill development was eroded.

I would argue that we suffer the same circumstances as we seek continuous school improvement. With the upward spiral of plan, execute, review and back to planning, our focus remains on the undertaking in hand, while all the time new developments, priorities, circumstances and progress add to the ever increasing number of electrons. Fidler (in Harris 1997) agrees that new tasks are “tacked on” to existing structures which “provide continuity and predictability…thus cannot be changed too frequently without creating confusion and uncertainty”. Our strategic development plans begin to suffer as more individuals within the hierarchy add their continuous development plans to the organisation and ultimately the leaders in the school become too busy to implement the core strategic plan.

There comes a point when a reappraisal of the organisational structure is necessary to help a school function more effectively (Fidler in Harris, 1997). However, our experiences of leadership from both professional learning and ongoing experience alongside peers are still rooted in Robinson’s “system of education that is modelled on the interests of industrialism and in the image of it” (Robinson, 2010). My learning during Masters and National Professional Qualification for Headteachers reinforced this viewpoint; what little time was dedicated to actual school improvement was more concerned with the accountability the Headteacher had to self-evaluate student progress (NCSL, 2006) instead of identifying and acting on more deeply rooted changes that prepare students for a 21st century economy. We were being taught exercises in measuring rather than planning for and managing real and meaningful change.

My thinking since has prompted me to consider how a 21st century school should operate with a view to 21st century business. If schools were originally organised as a reflection of the industrialism that surrounded them, preparing their students for a life of work on the production line, then a modern school should reflect modern business. In my last two schools I have been involved in building projects, and so have come into contact with individuals and teams who work outside of the sphere of education. Those teams were project teams, with a certain task or group of tasks that worked towards the ultimate goal of a finished school facility. The key to their success was not a continuous cycle but executing a project within a life cycle, with a clear beginning but more importantly a clear end.

A project in business has factors that differentiate it from other aspects within the organisation. The major characteristics are outlined by Larson (2014):

3.      Usually, the involvement of several departments and professionals

4.      Typically, doing something that has never been done before

Points 1, 3 and 5 may be familiar to the traditional approach to school improvement, but points 2 and 4, a clear end point and engaging in something unique or non-routine, are perhaps further from this. Larson continues,

“Projects should not be confused with everyday work… Ordinary daily work typically requires doing the same or similar work over and over, while a project is done only once; a new product or service exists when the project is completed… recognising the difference is important because too often resources can be used up on daily operations which may not contribute to longer range organisation strategies.” (2014)

Let us consider the two points highlighted above in the context of an educational setting. How can the school leader reappraise in this context to create a more effective organisation? I will deal first with point 4; doing something that has never been done before.

Typically, a school will divide itself into departments, faculties or subjects for the purposes of leadership. Each of these units will have a specific responsibility for improvement. In my experience, this can often lead to everyday routine work being carried out that use the bulk of resources as described above. The spiral of self-evaluation and continuous action is combined not just with their own new developments, but with all of the other department’s continuous improvements, until the impact of change from so many different areas is confusing and energy sapping for the teachers affected. As more is added, more resource is funneled into achieving the goals that have become routine, not a project any longer, instead everyday work. I am not suggesting that this everyday work is not valuable, but it uses more and more of the resources available and has less impact in terms of creating something new.

Consider instead what happens when leadership is not structured by subject, but by a project itself. As an example, contemplate the difference in having a Head of Literacy in school versus a project leader to implement a new synthetic phonics scheme. A Head of Literacy will likely spend most of their time on routine work. They may well wish to implement a new scheme, but struggle to find focused time to do so. A project leader will have just that one objective, something that will be done only once, and Larson’s characteristics above are clearly applicable.

The Junior School at Dulwich College (Singapore) has several points to achieve on our strategic plan. Five of these involve leadership of wider teams; Learning for Assistant Teachers, Curriculum Review, Community Service, Enrichment and Technology Integration. Rather than creating leadership roles for subjects, our leaders are appointed to a project within that area of focus with a clear goal to be achieved over a period of time. That leads to point 2, the life span of a project, specifically the end.

In order to keep the focus on creating a “new product or service” (Larson, 2014) each leader is given a two-year period to deliver the project goals. A project life cycle is defined as having four stages:

The defining stage has by virtue of the appointment of the leader already been completed. The individual will then work with the School Leadership Team to plan and execute the project. The vision is that after the project life span the new product will become a part of the everyday work of the school, and the resources in terms of both finance and time can be redistributed to a new project in a different area of focus, probably with a new leader.

This is an important factor in the project management approach. Rather than appointing a permanent Head of Department or Faculty, the best individual for the project in hand is appointed. When a new project begins it is likely that a different person would have the required skillset. In his work “Good to Great” (2011) Jim Collins argues that an effective leader should “put your best people on your biggest opportunities”. I argue further that this should be the best person for the specific opportunity or project. Not only does this ensure that your projects are led by the most appropriately skilled people, it has clear benefits for distributing leadership through the school.

The closing stage is critical to making this a project with a life span. At the end it is expected that the goals are achieved. This would be regarded as a “normal” project closure in business terms, but of course there are other outcomes, again outlined by Larson (2014).

Premature closure: the project may come to an end early. There are two aspects for consideration here. Firstly, the leadership role and stipend if any are contracted for the two-year period. The leader must consider what further responsibility may be then given to that individual. If the school is to have the right people for the right project this causes concerns. However, this should be an important factor to consider at the defining stage; school leaders should plan carefully and assign leadership roles to significant projects that will most likely require the two-year life span.

Perpetual: some projects may seem to never end. This is likely to be due to a poorly planned project that requires multiple add-ons as it goes through the execution stage. This is a critical aspect for consideration at the planning stage; the use of project management software (we use Smartsheet) is useful to avoid this.

Failed: some projects fail, and in this case it is important to review in detail to find the causes. There is often a stigma attached to have led a failed project, and it is important to clearly communicate reasons for the failure as often it is due to circumstances beyond the control of the team. A school leader is unlikely to inspire revolving leadership through projects if failure is associated with stepping up into the role.

Many schools are now espousing 21st century values and make claims about preparing students for a world of work as yet unknown. To truly be 21st century we must look to the modern world of work and organise our schools and colleges along the same lines. Project management in schools delivers strategic goals, focuses on creating something new, provides opportunity and support for leadership and most importantly knows when a project is closed so that resources can be diverted to the next big thing. Closing the circle is better than a continuous, overcrowded and potentially confusing cycle.

Collins, J. (2011). Good to Great: Why Some Companies Make the Leap...And Others Don't. 1 Edition. HarperBusiness. 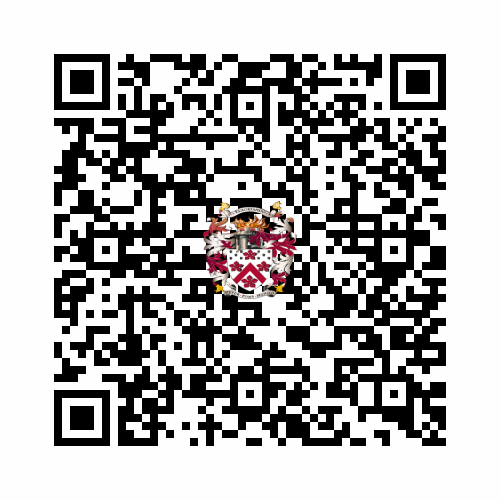