Link to our Founding School

Dulwich College was founded by Edward Alleyn on 21 June 1619 with letters patent from King James I. This historical document, affixed with the Great Seal of England, still survives. An actor linked to Shakespeare's Globe Theatre and an entrepreneur in the world of Elizabethan and Jacobean theatre, Alleyn was a colourful and famous figure of his days. At the age of 47, Alleyn decided to establish a school for boys in London that would provide sound learning, strong artistic pursuits and good manners. 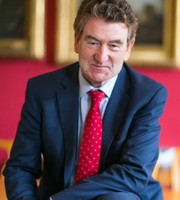 As The Master of the College founded in 1619, I am inordinately proud of the association with our international schools. I believe in them as a commonwealth of schools united behind a single educational philosophy.
- Dr Joseph Spence, The Master of Dulwich College

The College has long been a pioneer in education. In the 1880s, Master Canon Carver introduced the “Modern Curriculum” to the College, and in the 1940s the College embarked on the "Dulwich Experiment", admitting students on a needs-blind basis, based on academic ability alone. Among the beneficiaries of the Dulwich Experiment was Lord George of St. Tudy (Eddie George), the Dulwich postmaster’s son who became Governor of the Bank of England. Dulwich College was the first British independent school to take its practices and ethos to Asia. The College also has produced leading scientists, actors, film directors, musicians, sportsmen and writers, a number of whom have visited Dulwich College International (DCI) schools to talk of their experiences.

Dr Spence and Deputy Master (External) Cameron Pyke make annual inspection visits to DCI schools, whose teachers and students enjoy close collaboration with their peers from our founding school on academic and co-curricular projects each year.

The main building, New College, was designed by Charles Barry Junior, son of the architect of the Houses of Parliament
Admissions Enquiry
If you have an enquiry related to admissions, please complete this form.
Recent History