In the first two months of life, a baby’s eyes start focusing for the first time, on his mother’s face, on shapes and colours in his environment. When they start to develop more coordination, their eyes become less crossed or looking far away, they start tracking objects for the first time and bring these objects closer to manipulate. Once they can define a relationship with the environment they live in, dramatic changes start to happen. They begin to roll over, pull up or learn to walk to their intended sound or target. Simply put, they start to “perceive their environment in terms of their ability to act on it” (Witt 201). Actions, as they are dynamic in nature, will influence such ability and, in turn influence the perception of the task.

Several variables that lead to such ability are body size, body control, coordination, energetic potential, and the challenges of the task at hand.

A person’s ability to act is determined by the state of a person’s body, and in that same extension, a tool provided to the person that fits his size and control will give considerable effectiveness to the person. Size also determines which actions of the body are possible and the ease in which it can be performed. The connection and coordination between vision and movement that you find in perception and action, enables feedback received from what is in that vision, to determine the physical way an action takes place. It is the link between what we see and what we do. A rugby player squaring up against a player in the opposite team would look at his opponent’s relative size and then determine his next course of action. As he watches his marked player move, and use his own body control to minimize threats, further opposing movements informs him of variables needed to stop his marked player effectively. Alternately, a golfer, having practiced his swing a million times on the driving range would have little to no problem performing that same swing on the course as he has seen these variables before, used the right sized club as well as having ‘seen’ the golf ball as the right size for a most effective swing.

Control and coordination abilities will vary from person to person, sport to sport and training program to training program, but what will separate the weaker from the stronger is the coupling of that action with an acute perception and profound understanding of the environment they are in. Solid psychological preparation will enable transitional athletes to view their environment in a more achievable ways that are within their control i.e. the gymnast will see the similarity in the run up to the vault or the long jump; calculating speed and power or take off at precise points. Transitional abilities will depend on the commonality of the training or competitive environment. The closer the environment that they perceive to have more control in, the better their chosen action, coordination, and achievement.

So, the perception of an athlete’s environment is tantamount to the kinds of decisions he takes within it (Witt). Acknowledging this relationship between the two, the environment and the perceiver’s ability would suggest much control and action of the training program by the designer within it to achieve specific outcomes along the athlete’s training timeline.

The amount of effort put into a task also determines action ability and therefore perception as to how the task needs to be completed. I once took my two teenaged, rugby-playing sons out for a 15km walk. They were fine for most of it but when we neared the end and could see our apartment not 1km away through the trees, the groans, injuries and heavy puffing started. At the start, they could not visualise how long the walk would be, severely underestimated what was needed and thought the task was not challenging enough for two young men who had felt that they could ‘out-walk’ their mother. I had done the same walk before, so I knew what it entailed and was mentally prepared. After two hours of shuffling along the boys, who had started to regret their bravado, were disappointed with themselves. After having seen the end so near physically, it had suddenly become more of an energetic challenge in their minds, in its last dying moments.

Similarly, when our own students were at their cross-country training, they were cheerful and happy, running the laps with bursts of gleeful energy. Add a lap or two (or four) to the day’s lesson objectives, the way they complete the task changes. With newer and harder parameters, some start slow and then speed up, some do the opposite. Some immediately start walking. The decisions they make are based on or are dependent on the perceiver’s ability to see the task and what is needed. In the cross-country example, the difficulty of task perception will vary as will the individual approaches. Fitter runners will perceive the laps as doable, those who have had an energy drink before would perceive themselves as possessing loads of energy to expend. The timing of the task may affect perception i.e. children running in the morning as opposed to the afternoon, or before/after lunch periods. This changing of perception to influence a certain outcome and use of energetic output, would be the same as using a bigger ball in a batting game: it may enhance batting success or less energetic demands as opposed to the actual game ball. They start to view the task as achievable. Lowering the netball post until accuracy is improved before lifting the net up to the original height will modify energetic stresses in completing that action.

The implication of these examples suggests power in the ability of the task designer – the teacher or coach – to influence and choose the environment so that the perception of these student athletes is that the task is extremely achievable. Influencing these factors and/or manipulating energetic demands will most definitely craft that foreseeable ability for the attainment.

Defined as the coordination between vision, time, space, and movement, particularly the hands and feet, it is the link between what we see and what we do as we decide on the actions and we take in our environment based on the current perception. It is a continuous flow of information and movement, called the perception-action cycle. It requires a constant sense, prediction, action and adjustment in a feedback loop when we play sports and games. Is this approach new? No. But it needs to be more directly applied alongside an enhanced understanding of the factors that make any action successful. There is research to suggest that in addition to the sense-predict-act-adjust loop, the addition of the visuo-spatial and auditory temporal signals can enhance a course of action (Binnetti et al.).

When asked how many senses a human possesses, normally one would say five but there are seven i.e. gustatory, olfactory, vision, auditory, tactile, vestibular and proprioception. Of the seven, in sports we would use the last five most often. Vestibular perception is the movement and balance sense, which gives us information about where our head and body are in space. It helps us stay upright when we sit, stand and walk, whilst proprioception or body position is body awareness, which tells us where our body parts are relative to each other. It also gives us information about how much force to use, allowing us to do something like crack an egg while not crushing the egg in our hands (“Sensory Integration”).

In theories of cognitive psychologists, obstacles to perception and action are treated as logically independent (Knoblich and Flach). However, the awareness of cognitive contribution to these senses and using it in perception action coupling design will change the way an athlete will relate to his environment. Imagine the power of an athlete, once he is able, to harness each sense and with it, the mastery of the task aligned with a crystal acuity of his environment.

A common rhetoric of a past national coach of mine  was, “Always deny your opponent time and space – time to react and the space to do it in.” She was accurate in her assessment and the knowledge of how to use my senses in totality, in union with what was happening around me with trained action, and it made me a lot more prepared to succeed. Being constantly trained for a certain action with perception action coupling heightened my cognitive movement decisions that involved degrees of strength, speed, jumps, force, trajectories, timely activation and coordinated motion in a much more effective way.

Actions that have an impact on perception therefore determines next action. This would imply that when designing coaching sessions, it is incumbent on the coaches to design an environment that has an impact on playing, providing as many situations or information to inform action to play the best possible game. The more information a coach can or may provide about conditions within a game, the better the understanding of the parameters in the action system, so that a player may regulate his behaviour adaptively. There is a beautiful poetry in its organic feedback loop of action-perception-action-perception but, however simple it may sound, it’s undeniable that the balancing of the right exposure parameters can be tricky.

Objects for training are as simple as clapping to regulate a swim rhythm, crazy chasing lights for speed and agility, intermittent sounds through headphones on a practice racetrack, acclimatising before a marathon and instant electronic error-feedback during practice sessions, may enhance an athlete’s decision making as well as senses. Depending on the sport, it is looking for affordances of action and opportunities to be effective in game play that are possible under a set of conditions. There are even more implications for the use of this theory in athletes with autism and ADHD (Attention Deficit and Hyperactivity Disorder). Outside of the sporting realm, the use of perception-action coupling in a classroom with students grappling with social or learning disabilities or disorders is still very under-researched and under-utilised.

Understanding the dynamics and the physicalities needed for a sport, relational informational variables define the parameters for a certain action system needed for certain behaviour at a certain point in a game and being able to adapt that behaviour according to perception skilfully (Warren). Exploiting such stabilities and instabilities in teaching and coaching, together with specific information from the environment is a recipe for an all-rounded athlete, enjoyable physical education classes and an invested child that will remain in sports for life. 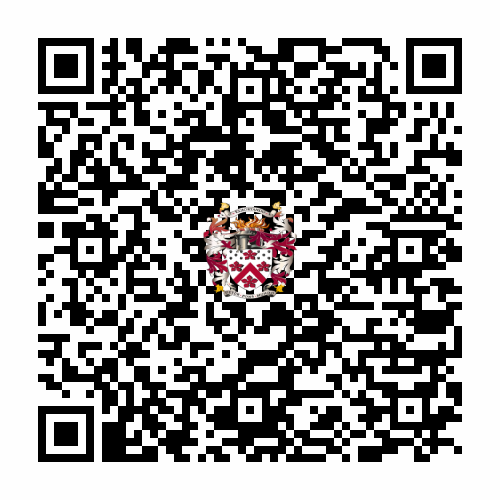 Admissions Enquiry
If you have an enquiry related to admissions, please complete this form.

Please complete the form below for enquiries to Dulwich College International.
Recent History
By continuing to use this site, you are deemed to have agreed to our Privacy Policy. We use cookies to improve your experience on our site and to show you relevant advertising. For more information on how we process your personal data and use your cookies, please read our Privacy Policy.