‘It’s not just that Shakespeare’s characters are recognisably human; it is that the plays are constructed to make us more human.’

The dominance of William Shakespeare’s standing and relevance in the curriculum has been questioned by myriad international educationalists for decades (Aers and Wheale, 1991); and his firm grip in our classrooms is usually justified by the cultural capital learning his works encourage (Torres, 2019; Aers and Wheale, 1991). However, an often under-looked aspect of Shakespeare’s writing is the tragic lessons that are uncovered as we are presented with characters fated to follow the impossible or collapsing under a guilt of their own making. Nevertheless, do these lessons still stand strong today? And how can we teach Shakespeare’s tragedies to help students to navigate a world of hyperbole with compassion, empathy and a better understanding of self?

How did Shakespeare write?

In order to understand how to teach Shakespeare’s tragedies, it is important to understand how he wrote them. Mark Forsyth’s ‘Elements of Eloquence’ begins with the sharp and surprising (to an English educator!) declarative that ‘Shakespeare was not a genius’. However, he continues:

‘He was, without the distant shadow of a doubt, the most wonderful writer who ever breathed. But not a genius. No angels handed him his lines, no fairies proofread for him. Instead, he learnt techniques, he learnt tricks, and he learnt them well’ (Forsyth, 2013).

Forsyth’s preface to ‘Elements of Eloquence’ introduces Shakespeare as a master of language: a skill he was taught in the study of rhetoric and ‘formulas thought up by the Ancient Greeks’. He continues his argument with the explicit evidence of Shakespeare directly copying the standard English translation of Thomas North’s ‘Plutarch’ ‘word for word [but] almost word for word’. Shakespeare’s changes? ‘All he did was add some alliteration’ (Forsyth, 2013). Clearly, Shakespeare had an eye for a good story, but he knew how rhetoric could make it better. He copied and upgraded, unbeknown to many.

If Shakespeare was well aligned with the rhetorical devices of Aristotle and Ancient Greek theatre and was regularly using these techniques to re-word the work of others; we should also consider Shakespeare’s grasp of the tragic form, empathy and catharsis within this same context, especially his understanding of Aristotle’s Poetics. Although many have argued that Shakespeare was largely unconcerned with dramatic theory, Poetics would have been accessible to Shakespeare through one of the many Latin and Italian translations and commentaries which were circulating in the period’ (Dewar-Watson, 2005). Consequently, just like Shakespeare’s self-taught lessons in rhetoric, it is most likely that these same lessons from Aristotle intensified the tragic and cathartic nature of Shakespeare’s tragedies, helping us experience plays that were purposefully structured and tweaked to ‘make us more human’ (Cohen, 2021).

How does Shakespearean tragedy teach?

At Dulwich College (Singapore), in Senior English lessons, English teachers approach texts such as Romeo & Juliet, The Tempest, The Merchant of Venice, Macbeth and Othello with a shared understanding of empathy and compassion at the core of our teaching. This understanding not only reflects Shakespeare’s intent in structuring his plays as an empathic experience, but the intense and cathartic nature of Greek tragedy itself. Therefore, alongside our key learning principles, we employ the following four concepts at the heart of our Shakespearean units to facilitate a holistic approach to the teaching of Shakespearean tragedy:

According to Aristotle, tragedy is ‘…an imitation of an action that is serious and also, having magnitude, complete in itself; in language with pleasurable accessories…’ (Bywater, 1909). It is clear that Shakespeare’s understanding of ‘language with pleasurable accessories’ is informed, but Shakespeare’s understanding of tragedy as ‘imitation of life’ is also obvious in his work:

‘All the world’s a stage

And all the men and women merely players.’

Shakespeare’s infamous extended metaphor of life as we see it, as a stage performance, echoes the faultless rules of a tragedy that permeated through Ancient Greek theatre. However, Shakespeare’s awareness of his audience watching his plays as a way to view a reflection of themselves or the society they live in, is a key tool in igniting catharsis and empathy from an audience.

In Ancient Athens, tragedy was taken seriously as a large part of political and cultural life. Tens of thousands of people gathered for three days a year to watch The Dionysia, a festival of tragedy and the second-most expensive festival in Ancient Athens. But for what it was worth, everyone was gathered ‘to witness the same artistic event as a shared experience’ together in one place (Taplin and Billings, 2010). Just like this vital ‘shared experience’ in Ancient Athens, the original performances of Shakespeare’s plays at The Globe are important in understanding the performance of Shakespeare’s tragedies as a socially cohesive, empathic and compassionate lesson in life, as well as a cathartic output for many. In order to experience Shakespeare’s plays as they were intended, it is vital that teachers involve students in Shakespeare as ‘shared experience’ in the classroom and prioritise a safe, secure and supported environment- a key learning principle at DCSG.

At Dulwich College (Singapore), students are presented with their first taste of a new Shakespearean text with the core idea of a ‘shared experience’ in mind, just like Athenian Greece and Shakespeare’s Globe. Using Royal Shakespeare Company (RSC) rehearsal room practices and pedagogies in order to construct this time-honoured idea, gone are the textbooks and the ‘please turn to Act 1, Scene 1’ introductions for Macbeth and Romeo & Juliet, and instead students are presented with our RSC inspired Whoosh activities.

Without having any prior knowledge of the play, every student is able to experience Shakespeare’s characters for the first time, live in the classroom. Students actively play key roles, objects or even weather types as they lose themselves in the narrative with a circle of friends encompassing them as the audience. ‘Learning is best accomplished when the learning activity is directly connected to physical experience’ (Muijs and Reynolds, 2010) and with performance at the heart of this first lesson of study, students are already making empathetic and emotive connections to characters embodied by themselves or their classmates. Not only have they watched the play in their first lesson, but they have rejoiced, suffered and lived it.

‘O I have suffered

With those that I saw suffer.’

As students continue their study of Shakespeare, RSC rehearsal room practices are regularly implemented to understand and track character thought, feeling and action; enabling students to engage in effective collaboration with each other Routine ‘hot seating’ approaches to Macbeth and Romeo & Juliet, an activity where students interview a character played by a student after key events in the play, force students to consider the deeper thoughts, intentions and emotions behind some of Shakespeare’s most infamous roles. Likewise, the diverse range of students choosing to stand in their chosen character’s shoes broadens the class’ understanding of character from varying perspectives and interpretations. The live thoughts of Shakespeare’s protagonists, anti-heroes and villains come to life in interrogation, right in front of students’ eyes. And, in turn, English students are suddenly able to empathise and reason, live in conversation with a character.

3) To analyse and evaluate Shakespeare’s characterisation

It is noted that in Greek tragedy, there is a larger role to be played by the ‘Gods’ in controlling the outcome of characters, whereas in Shakespearean tragedy ‘our understanding of people’s choices and subjectivity may be less based on external life, may have less to do with the Gods and more to do with decisions, with moral actions and choices that we make in our lives’ (Billings, 2010). Surely this should be a direct lesson from Shakespeare himself? It was well-known that during the Elizabethan era, most believed in astrology and ‘the philosophy that a person’s life was partly determined by the stars and the planets (Bouchard, 2010). If Shakespeare was changing the collective perception of fate at the time of writing, what did he want us to know about free-will, our own decisions and the effects these decisions have on others?

‘To know my deed, ‘twere best not know myself.’

In Year 8, students are exposed to Shakespeare’s Macbeth for the first time and with this comes a complex understanding of character and decision making. Any English Literature teacher could tell you that the main moral of Macbeth is the idea that power corrupts and destruction reigns when ambition goes unchecked by moral constraints. But to what extent was Macbeth aware of his own actions? Did he try to hide his true intentions from himself? To what extent was he suffering from mental illness? Is he responsible for his own mental deterioration, or do we feel empathy for him if he isn’t? These vital questions appropriately challenge students’ critical thinking and force students to consider the complex effects of emotional turmoil on a level they haven’t experienced before.

Finally, students must be encouraged to place the moral lessons and dilemmas found in Shakespeare’s tragedies into their own lives and contexts. Students in Year 12 and 13 IB classes study texts such as Layla Saad’s Me and White Supremacy alongside Shakespeare’s The Merchant of Venice and Othello. Renowned Shakespeare expert Harold Bloom (1998) argued ‘one would have to be blind, deaf and dumb not to recognise that Shakespeare’s grand, equivocal comedy The Merchant of Venice is nevertheless a profoundly anti-Semitic work’. And now in a time when anti-Semitism is on the rise across Europe and the wider world (Guardian, 2019), it is a good time to ask difficult questions and view Shakespeare’s depiction of characters from a critical perspective, while ensuring students are able to construct their own meaning through global concepts, knowledge and critical skills

Arguably, it is now more important than ever to look to literature, especially Shakespeare’s tragedies, to model the empathy and compassion needed to cope with such a turbulent era of division and isolation. Experiencing and appreciating Shakespeare with the concepts of compassion and empathy at the core of our teaching could provide students with a well-needed break from the unpredictable world of today, as well as foster the emotional intelligence and knowledge to understand themselves and others as better human beings. 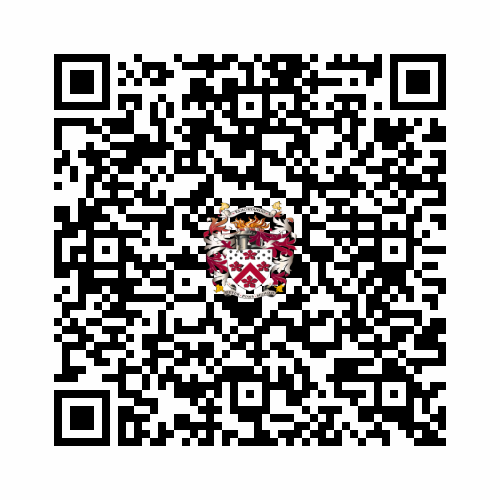