The challenge from scientific enquiries to the long-held view of mind and body existing as separate entities, has revealed that both the mind and body play an important role in meaning-making and cognition. Mind and body are features of one biological process, so that all meaning, thought, and language develop from an embodied activity (Johnson 2008, 1). This has significant implications for the development of students in a world where more and more, they are sitting in front of screens. This discussion explores how, and to what extent, movement promotes cognitive development, language and skills in our students.

Howard Gardner stresses the importance of the body in cognition by stating that, using the body to express emotion (as in dance), to play a game (as in sport), or to create a new product (as in devising an invention) demonstrates the body’s cognitive connections (Gardner 2006, 10). Although Gardner has written about multiple intelligences, recent neuroscience enquiries stress that in essence, all people are kinaesthetic learners; learning is not all in the head, and the brain does not just sit, disembodied in a bucket as it were, to be filled with knowledge and facts. The mind and body work in synergy to aid attention, problem solving and memory; “the physiological states support mental efforts” (Johnson 2008, 228).

According to developmental theorists such as Jean Piaget, Lev Vygotsky and Maria Montessori, among others, the body in movement and in interaction with the outside world is the primary medium through which children make sense and gain an understanding of the world. In other words, it is through sensorial and physical interaction with objects that young children learn abstract ideas or concepts. Additionally, it is through movement that neural connections are made, and through the repetition of these movements, neural pathways running throughout the body are strengthened, linking body with brain (Blythe 2006, 5).

At birth, the process of developing motor abilities begins through the gaining of muscle tone, postural control and cooperation with the other senses (Blythe 2006, 6). Vision aids balance by providing a visual reference of the body’s position in space; hearing provides another reference point in helping the infant locate sound in the environment; and touch and muscular awareness will eventually aid the infant in becoming aware of his/her place in space (proprioception). Nevertheless, these all act in cooperation with the vestibular system, the apparatus of the inner ear, to secure balance (Blythe 2006, 17) and vice versa. Proprioception is defined as the body’s sense of itself in space; all muscles in the human body have proprioceptive receptors which sense the degree of stretch in the muscle, which in turn relay information of physical position in order to move or maintain balance (Hannaford 2005, 49).

Balance is crucial to the efficient functioning of other processes “upon which accurate perception depends” (Blythe 2006, 13). For example, balance supports vision by providing stability to an image despite movements of the head. Contrary to common belief, balance is not something we have, but something we do; it is the result of a number of movement opportunities and practices that result in muscular strength (tone) and postural behaviour (Blythe 2006, 14). Therefore, movement opportunities and practices should be provided for students in order to develop their vestibular systems appropriately and securely. Failure to do so may result in a number of problems which at a later age, may affect schoolwork, as a balanced vestibular system is crucial preparation for reading, writing and for the development of gross and fine-motor skills (Anon (a) n.d. [online]). Harold N. Levinson, MD, has provided scientific evidence on the numerous diverse symptoms of dyslexia and related learning, sensory-motor, attention deficit, and anxiety or phobic disorders caused by a medically diagnosable and treatable signal scrambling dysfunction within the inner ear and the cerebellum (Levinson cited in Blythe 2006, x). In other words, an unbalanced vestibular system.

Through stimulation and activities that promote balance as well as successful cephalo-caudal development, growth from the head down, and proximo-distal developments, occurring from the centre or core of the body outwards, it appears that movement is paramount in developing the brain and the body for well-coordinated, balanced and controlled movement competence. In order to do so, students should have ample opportunities for daily movement activities. Ray Pica discusses the common belief that children will develop their movement abilities automatically as they mature but argues that they will only do so at a low level of performance (2000, 2).

Within the cerebrum, all sensory-motor functions on the right side of the body are controlled by the left side and vice versa (Hannaford 2005, 91). Stemming from this fact, Carla Hannaford further highlights how the cross-lateral movements of a baby crawling stimulates both sides of the brain and when both sides are stimulated equally, the corpus callosum (thick band of fibres connecting the two brain hemispheres) coordinating these processes, becomes more fully developed, which leads to a heightened cognitive function (2005, 92). For example, movement activities, such as creative dance, marching, touching opposite sides of the body all stimulate both hemispheres of the brain. Additionally, in creating dances, students also engage both hemispheres in direct link to the whole body, as creativity is also a whole brain process, requiring technique and detail from the left hemisphere and image, flow and emotion from the right (Hannaford 2005, 92). An important link is how language also stimulates both hemispheres of the brain, requiring words, verbalisation and proper sentence structure from the left, and image, emotion and dialect from the right. This integration will prepare the young child for the transition into reading and writing (ibid), particularly from the acquisition of directional and positional awareness such as up and down, left and right.

Children’s development is the consequence of neural interconnections happening simultaneously, H. Douglas Brown clarifies this phenomenon further by offering a simple analogy to music. He compares a model to a musical score of a symphony that will perhaps have twelve parts being performed simultaneously just as the ‘symphony’ of the human brain will “process different segments and levels of language, cognition, affect, and perception all at once-in a parallel configuration” (2000,27).

An example on how movement affects neural interconnections, cognition and thought is its role as an aid for memory and understanding. As discussed previously, movement serves as an alternative teaching method in the learning of abstract concepts for young children. Sandra Minton coins the term ‘Active Learning’ and describes how it can be used as a ‘hook’ to help children remember and understand concepts and ideas (2003). Jolly Phonics for example, facilitates the memory of letter sounds easily by attaching or ‘hooking’ it to a corresponding gesture. For example, in learning the sound of the letter ‘A’, children are taught movements that symbolise ants crawling up their arms, so when asked what ‘A’ sounds like, they gesture ants crawling up their arms as they say “Ah, Ah, Ants up my arm” (Anon (b) n.d.[online]).

Rhythm aids in matching motor output to sound and is essential to both language and movement: there is rhythm in musical terms as well as in words and sentences (Pica 2010 [online]). Hannaford explains that rhythm is perceived by the body as a form of pattern recognised by the pre-frontal cortex of the brain; these patterns provide a sense of comfort to the young child, through the predictability of the beats (Hannaford 2005,88). Nevertheless, Maryann Harman discusses how young children have difficulty in keeping a beat, and stresses that the prime time for teaching this ability is in the first three to four years of age (n.d. [online]). She continues her argument by declaring that this ability is crucial for linguistic development as it prepares the young child for listening to the cadence (rhythm) of language in order to develop listening and speaking skills.

For the development of verbal and communicative skills, movement activities serve as a stimulus for communication and discussion, aiding in the understanding of abstract concepts and retention, as well as fostering creativity, motivation and problem-solving skills. Movement activities create contexts where new words are utilised and understood. Patricia Maude states that vocabulary particularly relevant to movement activities include verbs, prepositions and language referring to spatial, body-related concepts of movement and relationships (2006 [online]).

By choreographing movements to a story, children learn to interpret vocabulary that may be difficult to learn and remember: “words assigned to gestures, imitation, and ‘listener’ reaction all contribute to the development of a child’s vocabulary” (Forsyth n.d.,8).

In conclusion, movement is the only medium through which balance and proprioception are trained for the goal of movement competence, and spatial and directional awareness, key skills needed for the transition into later school work. Through the matching of gestures or movements to words or concepts, movement provides a ‘hook’ to memorise and retain. Finally, movement integrated into the curriculum encompasses all learning domains for the child: physical, social-emotional and cognitive (Bergstein Dow n.d., 27). The more students are engaged in sensorial and physical interactions with their environment, the more optimal their cognitive development.

Hannaford, C. 2005 Smart Moves: Why Learning Is Not All in Your Head, 2nd Edition. USA: Great River Books.

Johnson, M. 2008 The Meaning of the Body: Aesthetics of Human Understanding, USA: University of Chicago Press. 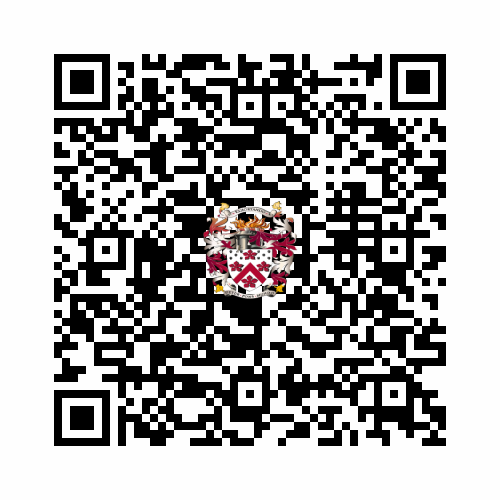