Sam Hallam is Head of Year 6 at Dulwich College (Singapore) and has been at the College for the past three years. Here, he tells us a little more about one of his most memorable teacher moments (which we think will make you laugh), his favourite weekend activities, and the West End musical he starred in as an eight year old!

Before Singapore I have only ever lived in England. Singapore is my first foray into international living and it hasn’t disappointed so far.  In England, I grew up just north of London in a place called Potters Bar before spending some time living in Leeds and the Peak District.

I feel lucky to have quite a big family.  I have three sisters and a brother, but as I’m the oldest, I am regularly assured that I am the favourite!  My parents are both teachers, although my dad has now retired.  I’m also really close to my nan.  She makes the best cold refreshments on a hot Summer’s day and an incredible toad in the hole!

I spend a lot of time playing and watching football and most Saturdays I can be found playing, usually on the pitch at Dulwich.  Saturday evenings then make way for watching Tottenham Hotspur, whether this is at 7.30pm or 3.00am in the morning.  Other than this, I love going to the cinema, eating pizza or having a swim.

No. As both my parents are teachers, I’d never actually wanted to be a teacher.  When I was in Primary School, my best friend and I wanted to be scientists, which then gave way to being a professional footballer.  It wasn’t until I went to university that I decided I’d like to try teaching after spending some time in my little sister’s school and I haven’t looked back since. I love my job.

My favourite book is Jurassic Park.  Closely followed by The Giraffe, the Pelly and Me for nostalgic reasons. Jurassic Park is also my favourite film - I love it. My favourite author is JK Rowling as I just love the Harry Potter books.  I remember reading them on family holidays with my cousins where we barely spoke to each other because we were all reading the series.  That was a social holiday!

Well, after Founder's Day, my hidden talent as an international rock star is no longer hidden.  I don’t usually mention this to friends or colleagues, but I performed in the West End when I was eight, in ‘Oliver’.  I was the ‘book boy’ and part of the work house ensemble.  I still remember my line – ‘Books you ordered from the bookseller sir!’  I nailed it every time!

This is a difficult question.  There are family members I’d like to have dinner with again so they’d take a couple of spots.  Other than this, I’d definitely like David Attenborough to be there.  He has been a hero of mine for as long as I can remember.  Mauricio Pochettino, to listen to his insight on all things Tottenham.  I’d then invite Jean-Georges Vongerichten and Jacques Torres who could dispute who actually invented the chocolate lava cake in a bake off and we’d all taste and decide the winner.

As a lot of people have previously said, there doesn’t seem to be a typical day at the College and that’s why I love teaching so much.  As Head of Year it usually starts with an email or two, teaching some English, maths or science (using bunsen burners), a coffee and croissant here or there, maybe a meeting thrown in and some more emails.  I like to spend as much time with the children as possible.  They never fail to make me laugh or smile.

I don’t have a motto or saying in particular.  I try and keep a pretty positive outlook and always try to look on the bright side.  I believe in working hard, taking on a challenge and having as much fun as I can on the way.

I do. I’m not sure why this always sticks in my head, but during my first year of teaching, I was having a competition with one of the children in my class at break as to who could kick their leg the highest.  Not to be outdone by a Year 3, I went for it and split my trousers in such a way they couldn’t be saved and I couldn’t wear them for the rest of the day.  I needed to wear PE shorts with my shirt, tie and shoes for the rest of the day.  I guess it was memorable because it was being silly and having fun with the children, having a good giggle, which is the part of being a teacher I enjoy the most.

Thank you, Mr Hallam. Join us for next month's edition of Five Minutes of Fame. 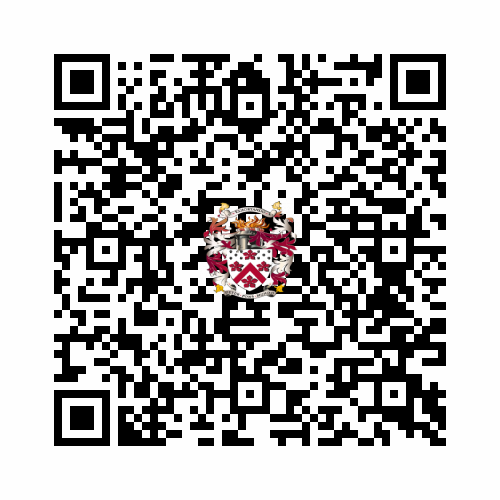