Senior School Mandarin teacher, Adam Moorman, draws from personal experience and scientific exploration to argue the lifelong gifts of the process of language learning, beyond that of fluency.

Choosing which language to pursue at school can be a complex decision, and one in which competing views can push students this way or that: A bad learning experience for their parents might discourage children away studying French; the desire to be in a class with friends might pull someone towards Spanish; a news article or TV show might make Mandarin seem attractive. However, experience tells us that it is better to take all of these outside opinions with a pinch of salt; better to drill down into our own motivations and ambitions rather than hastily following the advice of others.

Similarly, in order to make the best decision we must appreciate all of what language learning entails. Many students and parents concentrate on three areas: How easy is it to become fluent? Which language will be most useful in the future? Which language promises the best grades? While understandable in the circumstances, these questions focus too narrowly on the outcomes of language learning, missing the myriad benefits of the process.

Studying any foreign language is a hugely valuable experience with lifelong benefits, and it is crucial for anyone beginning, or even just considering beginning, to take a more complete view of the process and all of the positives it brings. Only in this way can each learner choose the language that suits them best.

Teachers will know the familiar scenario of frustrated students dropping languages, feeling they will never be fluent. But what does it mean to be fluent? Is it necessary, or even possible? If emulating a native speaker is the best measure of fluency, then most students are immediately doomed to failure. This damaging but generally unquestioned goal of language study has no real scientific basis, and as Mehmedbegovic and Bak convincingly argue, that simply being able to communicate in a language makes people multilingual and promises many of the benefits described below.

Rather than hoping to mimic native speakers, we should consider the different levels of language competency and what they bring. Do we aim to be able to comfortably use the language at work? Or do we want to be proficient enough to spend a gap year travelling and working abroad? All of these are equally valid objectives, and are more concrete and helpful than an elusive goal of fluency. By considering what level we are aiming for, we remove a potential barrier to progress and increase our chances of success, motivated by the practical application of what we are learning.

Moreover, fluency is a moving target. When asked if I am fluent in Chinese – after more than ten years of study – I answer that I am very fluent in certain situations, but struggle to express myself in detail on unfamiliar subjects. Ask yourself how easily you could debate the pros and cons of raising interest rates in English, or critique an impressionist painting, and it is easy to see that rather than a catch-all state of flawless communication, fluency is bound by topic and context.

A difficult language to learn?

If attaining fluency is such a challenge, is it better to choose a so-called easy language? Although studies do show that certain languages are harder to learn than others (depending on the learners’ mother tongue), my experience of learning five languages - and teaching three - suggest that rather than some objective measure of difficulty, the overriding factors in success are the individual attitude, circumstances and motivation of each learner.

These can be hard to quantify and unpack: while some people have obvious links to particular languages or a clear career goal from a young age, others do not. Personally, I had none of these, but always managed to find something captivating about the different languages I studied, something that I generally couldn’t articulate to other people if asked. Sometimes, following a gut feeling is really the best move a learner can make.

Language learning is so personal and subjective that we should not attach undue importance to the apparent difficulty of a language. French has countless similarities with English, but many find its grammatical complexity an insurmountable obstacle. Students ask, why is a table feminine, or a book masculine? Why do adjectives become plural? Why are there two words for “you”? Proximity to English alone is not enough to make a language accessible, and could even cause difficulties, as we find it hard to separate and define different languages.

Mandarin, on the other hand is considered among the most difficult languages to learn for English speakers. It has characters rather than an alphabet, different tones to master, and no set way of saying “yes” or “no”. But the compensation is a much simpler structure and grammar, no tenses or verb changes, and the knowledge that, with a 1000 characters, we can read about 90% of common written material. While the language is very different from English, for many students the difficulties it presents and the way we must constantly reassess things we take for granted, are what make it attractive.

I have worked with students of all different backgrounds, some who could make no sense of Spanish but loved Mandarin; others who rejected their Chinese heritage and chose French. Who reaches their target is more a question of who taps into their personal motivation and keeps going, rather than of the language itself. What discourages one person fascinates another, and students are best advised to choose the language they enjoy, rather than one others tell them is useful or easy.

As we consider how to choose well and succeed, we should also investigate the broader academic benefits of language study, which go far beyond the acquisition of new words. Too often, we see different subjects in isolation, failing to appreciate the links between them and the ways in which they mutually benefit each other. Although we ourselves may impose academic boundaries, these do not necessarily reflect the working of our brains, and where different fields meet, they can complement each other, bring new insights, and catalyse the development of new skills.

This is true of language study, where received wisdom has shifted away from a negative, “limited resources model” in which the brain’s capacity for learning is finite, to one in which languages are increasingly appreciated for their positive impact on other subjects. Thankfully, studying French does not mean that a student’s Maths will suffer, as once feared.

In fact, the opposite may well be true. Research has found myriad benefits to foreign language study, including improved performance in standardised testing in Maths and English. This may be down to the enhanced expressive ability that results from studying another language, whose impact is notable in our command of own language. We learn to understand languages as systems, reflecting on our mother tongue, and allowing us to better express ourselves. Our vocabulary increases, boosting our reading skills and giving us more ways of communicating concepts. And with a greater range of concepts at our disposal, we learn to express ourselves in more nuanced ways, articulating more numerous, more varied, and better-quality ideas.

Our brains are incredibly adept at synthesising different ideas, and foreign language learning is instrumental in nurturing this flexibility. At the root of this is a set of cognitive skills known as Executive Control, which is developed by learning languages. Improved Executive Control fosters cognitive flexibility, which allows learners to more easily filter our distractions and maintain their focus. Similarly, speakers of more than one language multitask more quickly and easily than monolinguals, switching between tasks and coping with the unexpected.

Finally, learning languages often becomes a lifelong habit. Learning one foreign language makes subsequent acquisition easier, as I have discovered. I went from undertaking French and Spanish GCSE at school, to Spanish A-level and Italian GCSE at college, to a BA in Spanish and Portuguese at university. When I moved to Taiwan after graduation, it seemed quite natural to start learning Mandarin. Looking back, when choosing my GCSE options, I had no idea that learning Spanish might open the door to other languages, but it is not hard to imagine how Dulwich College International students, who are already comfortable in at least one foreign language, will go on to new learning experiences around the world after school.

Language learning has lifelong benefits, not only for our academic performance, but also for our life choices and our health in general. The ways in which foreign languages exercise our brains can help to safeguard their long term health. The most important of these is the slowing down of cognitive decline, delaying the onset of degenerative conditions, like dementia. Moreover, Bak et al. found that people who speak two languages or more, show a delayed onset of Alzheimer’s disease, by almost five years.

But perhaps most valuable of all, and hardest to quantify and analyse, is the way that learning foreign languages can change our perception of the world and affect the choices we make. A receptiveness to other languages and cultures can break down invisible barriers that inhibit our choices and open up new experiences that we never imagined might exist. When I won a scholarship to study in Portugal at the age of 19, it was my first experience of spending anything more than a week’s holiday overseas. I had no idea what direction my future would take, but I am sure that the experience helped lay the foundations for living in Spain, Taiwan, Mainland China and now, Singapore.

It also established a lifelong desire to learn the language of the place I was living and interact with the people there. When choosing my GSCEs, how could I have foreseen any of this? Could I say that learning Portuguese and Italian – which I barely use – was a wasted effort? Without these earlier experiences, could I have still learnt Mandarin? How would my life be different if I had never been able to enjoy the literature of another culture in the native language, or the spend significant periods of my life in a second, or even third language?

These are the truly hidden benefits of language learning, so personal, so valuable, and so hard to predict and measure. But the reassuring thing is that all of my friends who persisted with languages have experienced their own versions of them, and just imagine what lies ahead for our students, already so international and worldwise at such a young age. We live in a world in which bilingualism is increasingly the norm, in which a knowledge economy requires ever greater flexibility and adaptability, and in which there is a constant need to upgrade our skills to stay relevant.

The question we should ask ourselves is not one of should I continue with languages, but rather which should I study next? 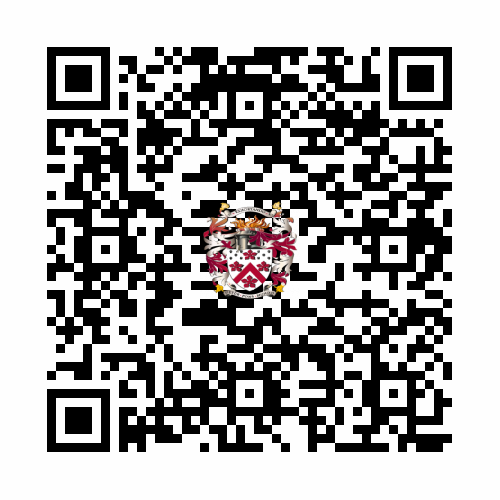 Admissions Enquiry
If you have an enquiry related to admissions, please complete this form.
Recent History
You are seeing this notice because we have updated our Privacy Policy, effective as of 1 December 2020. By continuing to use this site on or after 1 December 2020, you are deemed to have agreed to the updated Privacy Policy. We use cookies to improve your experience on our site and to show you relevant advertising. For more information on how we process your personal data and use your cookies, please read our Privacy Policy.