“Now, what I want is, Facts... You can only form the minds of reasoning animals upon Facts: nothing else will ever be of any service to them” - Charles Dickens, 1854

Fortunately, nowadays a ‘good’ education is far from Mr Gradgrind’s ‘bucket filling’ exercise.  Children are no longer regarded as vessels to be ‘filled up’ with information.  We now appreciate the value of inquiry-based learning and the benefits of cultivating skills that we hope will last a lifetime. But are these changes, from purely fact-based learning to a combination of fact plus skill-based learning, enough to sufficiently equip our students for the 21st century or could we do better? Should we do better?

Your answer to the questions above will depend partly on your philosophy of education: what do you think it is all for, what is our role as educators and what, ultimately, is the purpose of educational establishments?  Do we ‘educate’ to help our pupils achieve the best grades that they can, to help ensure admittance to a further educational establishment, to future employment and hopefully, to a greater assurance of financial security?  Do we educate to stimulate and nurture talents, not for the realisation of extrinsic goals such as numeric grades or financial gain, but for the sake of the talent itself?  Perhaps, on the other hand, you see education’s chief role as promoting a love of learning or maybe even as a combination of all of the above.

For what it is worth, my belief is that a good education aims to equip a young person with the facets, skills and attitudes that will allow them to be the best possible version of themselves, not only for themselves, but for the wider community at large.  For this to be achieved, a ‘good education’ must nurture all aspects of young people: the intellectual and the emotional.  We neglect the latter at our peril.

Whatever you consider the goal of education to be, positive education is needed for this goal to be realised.  It uses scientific research that has explored what promotes the wellbeing of individuals and communities and combines it with the best educational methods.  As stated by  Shankland & Rosset (2017),“Teachers and researchers in positive psychology are natural allies.”  Furthermore, education is “about nurturing strengths, about growth and learning.”

When Martin Seligman, one of the founding fathers of Positive Psychology, polled thousands of parents asking them what they most wanted for their children, the answers they gave included the following: “happiness,” “confidence,” “contentment,” “fulfillment”.  In short, wellbeing was their top priority.

But what do schools teach? Arithmetic, literacy, critical thinking, research skills... Wellbeing is not something that would feature in most people’s lists, but it should, it must, and it can.  According to Seligman et al.’s 2009 paper, “Positive Education is a response to the gap between what people want for their children and what schools teach”.

Although most schools would claim that wellbeing is very much at the top of their agenda, few teach it explicitly. Instead, they rely on its promotion via extra-curricular activities, assemblies, positions of responsibility, house groups and somewhat ad-hoc PSHE lessons. This is not enough. We should not and cannot expect these measures to sufficiently prepare young people for the 21st century and what life will inevitably throw at them.

Some may argue that our role as educators cannot, and should not, extend to wellbeing lessons.  Ensuring that young people are happy, healthy and confident is the responsibility of parents and carers. We, as educators, cater to the intellect.

Although I disagree with the above statement, for those of you who need greater convincing, you might be interested to read an article titled “Reason vs Emotion: key drivers in the history of moral progress,” written by Dr Meredith Doig in 2014. Doig explains how research has illustrated the inextricable link between reason and emotion.

In her article, Doig refers to the research completed by the renowned neurobiologist Antonio Damasio. Damasio studied people with damage to parts of the brain where emotions are generated and found that impairment to this part of the brain causes damage to a patient’s decision-making abilities. Although patients could describe decisions they were supposed to make, they could not articulate any basis on which to make their decisions. Therefore, the system associated with reason and decision-making was impaired by the damage that had been done to the parts of the brain associated with emotions.

In a similar way, damage to the prefrontal cortex, the area associated with higher-level cognitive processes, “not only leads to problems with intellectual functioning but also severely damages the personality”. Doig goes on to explain how thousands of lobotomies were performed right up until the 1970’s, often to treat severe psychiatric disorders like schizophrenia. These procedures resulted in patients not only “[losing] much of their intellectual capacity” but being “emotionally blunted.”

The systems associated with reason and emotion need each other to function properly and this has very important and far-reaching implications for educators.

Thankfully, many schools are beginning to pay attention to the importance of Emotional Intelligence (EQ). Social Emotional Learning (SEL) programs are now offered by tens of thousands of schools, and the effects of their introduction have been extremely positive.

Weissberg completed a meta-analysis of 668 evaluation studies of SEL programs spanning from pre-schoolers to high school. He found that, up to 50 percent of children improved their achievement scores after having completed an SEL program. In other words, positive education does not mean neglecting academic achievement, but, quite the opposite. Focusing on children’s mental health and wellbeing “give students the opportunity for academic achievement”.

In fact, Maslow’s hierarchy of needs even indicates that emotional support may be a prerequisite to higher-order functions, such as learning.

Furthermore, SEL programs “made schools safer: incidents of misbehaviour dropped by an average of 28 per cent; suspensions by 44 per cent and other disciplinary actions by 27 per cent”. We must wake up and appreciate emotional learning’s power, not only as something that will “promote health and wellbeing”, but as a “protective vehicle to prevent problematic youth behaviour”.

Being self-aware and able to recognise and articulate what we are feeling, being able to self-regulate and manage our emotions, being able to empathise with others; these skills really matter and by failing to teach them to young people, we are neglecting our responsibilities as educators.  But neglect them we have, and with frightening consequences.  As Seligman states in his ground-breaking book Flourish, “by some estimates, depression is about ten times more common than it was fifty years ago”. Furthermore, “average national happiness has not remotely kept up with how much better the objective world has become”.

It is time for all schools to wake up and engage with the research. EQ and wellbeing must be taught explicitly in schools. Teachers must be given suitable training allowing them to teach wellbeing as an “antidote to the runaway incidence of depression, a way to increase life satisfaction, and an aid to better learning and more creative thinking”. For too long have these crucial aspects of education been seen as ‘extras’, a bonus - well done by a few, adequately by others, and not at all by many. Compassion, teamwork, resilience, goal setting, a sense of community and service can be taught. Evidence has shown that we cannot rely on children simply ‘picking these things up’ - many of them are failing to do so, and the results of this failure are concerning.

Whilst I am not saying that Positive Education is a magic wand, some mystical panacea that will eliminate depression and instantly send life satisfaction scores soaring, what it does provide is an array of tools and methods that combine scientific research into wellbeing along with the best educational practices - explicit guidance into how we can develop our students’ emotional literacy and increase their wellbeing.

A person’s IQ gets them ‘in the game’, through the gates of a particular university, into a particular place of work; IQ “predicts which career rungs a person can manage”.  However, IQ does not dictate where a person goes on from there. How a person handles themselves and their emotions, how they navigate relationships, and whether they know what really matters to people, this is EQ and if we are to equip our students for the 21st century, we must pay attention to it.

We must all accept our duty as educators to teach the ‘whole child’: the intellectual and the emotional. We neglect the latter at our peril. 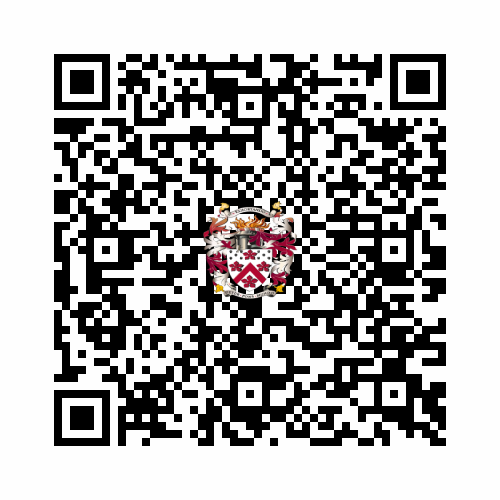