Jennifer Ramos-Virley, Junior School art teacher, explores striking parallels between traditional academics and art, in her assertion that art should be regarded as an academic subject.

Echoing the experiences of many fellow art teaching colleagues, I have often found myself in the position of having to champion and defend the importance of the role of art in schools. Commonly seen as a soft subject, art is often considered to be a mere frill, judged only on its creative merits. Art is often one of the first subjects to be marginalised in curriculum changes and frequently misunderstood.

With the current emphasis on the importance of equipping the next generation with the 21st century skills needed to thrive in today's fast-changing world I wonder if it is now time to revaluate how art is viewed, valued and categorised alongside traditional academic subjects. Whilst I strongly believe art is, and should always remain, foremost a creative subject, to truly excel, appreciate and become enriched by and produce meaningful art, students require more than just the ability to be creative. Is it time to appreciate the value of art as an academic subject in order to ensure the status and quality of art in schools?

During many conversations over the years with teachers, parents and students I have noticed a similar pattern regarding the perception of art. One common misconception is that the students who do not excel in traditional core subjects do well in art as it is seen simply as a practical subject. I have often pointed out that the skills successful art students are required to demonstrate, such as critical thinking, analysis, investigation, innovation and communication, are the very same skills they need to be successful across a broad range of traditional academic subjects. Students who excel in art and produce meaningful and informed artwork will be the same students who do well in the traditional core subjects.

This leads me to question why, in many school settings, art is not given equal standing compared with what are considered core academic subjects such as English, maths, science and humanities. A common argument against raising the standing of art to equal status of core academic subjects is that students are not going to become artists so why study art. Conversely, students who study science, English and maths are not always destined to become scientists, authors and mathematicians. I would argue that in both the core academic subjects and in art, we are equipping students with a broad range of skills and experiences to enable students to lead meaningful and productive lives.

In 2016 the UK government decided to introduce the EBacc (English Baccalaureate) system to measure progress in Secondary schools. This is an example of the separation of art from academia. The EBacc system is designed to measure a school’s success based on the number of pupils who make progress in 8 GCSEs in a prescribed set of 5 core subjects. The subjects which make up this core set are English language, English literature, maths, the sciences, geography, history and languages. The government’s ambition is to see 75% of pupils studying the EBacc subject combination at GCSE by 2022. The EBacc is made up of the subjects which the Russell Group says, at A-Level, open more doors to university degrees. This example of educational reform sends a powerful message about the perceived value and merits of art as an academic subject in UK schools.

If we are to successfully raise the status of art then common misconceptions need addressing, and the parallels between core subjects and art need explaining. The thinking dispositions that are key to analysing and engaging with artwork apply across a range of academic subjects.

Albert Einstein famously said, "the greatest scientists are artists as well”. In many ways, science and art are inseparably linked. A variety of the core science process skills are integral to the art curriculum, most commonly observing, experimenting, and communicating. These are skills which, when mastered, are also central requirements for students to be successful in their art studies.

Art encourages students to examine and observe closely and repeatedly. When students take risks and experiment with art techniques and materials they learn valuable lessons about discovery, a key element of both art and science. In both art and science in order for students to communicate complex ideas and meanings, they need to demonstrate an understanding of visual language to convey ideas and concepts in a variety of ways.

When analysing artwork students draw on a range of transferable thinking dispositions including questioning, investigating, reasoning with evidence, exploring viewpoints and comparing and connecting. The study of art can encourage students to stretch their independent thought and encourage research, idea development and justification. These are skills which can only enhance and support student’s success in many other subjects.

The critical thinking routines built into art lessons enable students to analyse and interpret a range of artworks and equip learners with valuable skills in reasoning using evidence. Reasoning is a skill prized across a range of disciplines as well as across complex real-world scenarios. Whether students critically evaluate artwork in written forms or through discussion, they are developing a rich descriptive vocabulary and an ability to thoughtfully express ideas, opinions and interpretations.

When viewing Pablo Picasso’s 1937 masterpiece, Guernica, it is impossible not to make links with powerful political statements about the Spanish civil war and be transported to another time and place. Picasso’s painting makes the horrors of war tangible and brings alive a tumultuous period of history. Teaching our young people about art teaches them many valuable lessons about the history of human civilisation. If art is considered as merely a soft subject then why are there so many instances of authorities who seek to ban and censor or destroy artwork? The art created by radical artists such as Ai Weiwei and Sun Mu is testament to the power and importance of art.

Appreciation and understanding of the visual codes of a range of art forms, such as ancient Aboriginal cave art, Egyptian tomb art and modern feminist art, teaches students much about man’s role throughout history. It can open student’s eyes to the possibilities of art as a catalyst for social change. If art and history are so intrinsically linked then how can art not be considered an academic subject?

Appreciation of art can teach students about the differing personal values of artists, their role in society as well as bringing to life key moments and events in history. If students are able to appreciate artist’s differing viewpoints and the motivations and context behind the creation of art then they are opened up to new ways of perceiving the world.

The creative process in art teaches students many valuable lessons about problem-solving and divergent thinking. The process of art-making is rooted in problem-solving. Students have to make innumerable decisions and choices about materials, colours and the use of visual language to portray complex ideas. Students gain an understanding that there can be multiple solutions to a single problem through exploring and experimenting with media as well nuanced and multi-faceted choices about the type of visual language and the messages and ideas that can be conveyed through visual imagery.

Behind the pieces of fully realised artwork created by students lies a complex process. From the conception of an idea based on a given theme to the final realisation of an idea, students experience a complex journey. Development, personal research, analysis, refinement and synthesis are just a few of the skills students acquire on the journey to successfully realise an idea.  For a student to fully develop an art project over a number of weeks or months in response to a given theme requires high levels of self-reflection, self-discipline and independent thought. These are vital skills which would be prized by potential employers and benefit students throughout their lives.

Whilst I do not wish to change the way art is taught, I do feel that the core subjects would only benefit if art is truly understood and is given equal status, provision and recognition. Art has the ability to equip our learners with the skills and inclination to think deeply, become innovators, problem solvers, divergent thinkers, risk-takers. Art is critical in developing a student’s appreciation and understanding of the wider world. I believe that now is the time to open up a dialogue about art’s place alongside the core subjects.

Thank you to Jennifer Ramos Virley, Junior School Art Teacher, for contributing this thought-provoking piece to The Alleynian Review. 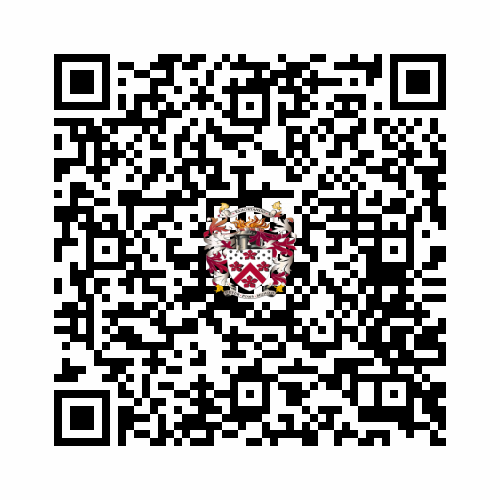